South Africa rugby star Damian de Allende reveals he and three Munster team-mates suffered burns when one of them ‘threw petrol’ on a fire pit, causing the can to ‘EXPLODE’… as he and RG Snyman recover from leg, hand and face injuries before Lions tour

South African rugby star Damian de Allende has revealed that a decision by one of his Munster team-mates to ‘throw a bit of petrol’ over a fire pit has left him in a race to be fit for the Lions tour.

On Sunday it was announced that De Allende and his international team-mate RG Snyman had suffered serious burns to their legs, hands and face in a freak fire pit accident.

The World Cup winners, who are due to face the Lions next month, have been referred to a specialist with substantial injuries, while their Munster team-mates Mike Haley and CJ Stander also suffered less serious burns during the incident over the weekend. 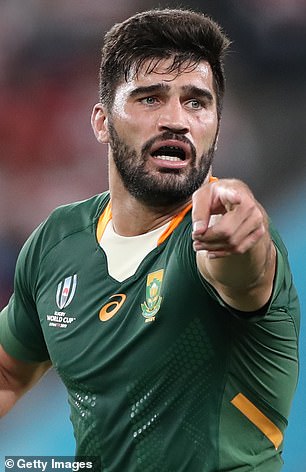 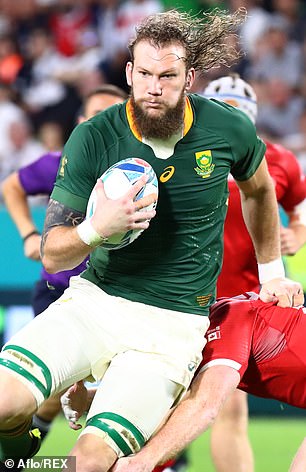 Now De Allende, without naming the culprit, has opened up on how trying to get the fire going ended up with a petrol can exploding and all four men requiring hospital treatment.

‘We were just sitting around the fire and one of the boys threw a bit of petrol over the fire and then it caught his hand and he just tried to put it down on the floor and then the whole thing caught alight and exploded,’ De Allende told SuperSport.

Asked if the incident could have been more serious, he added: ‘Yeah, that’s what we’ve been saying, they thought it was a lot worse when we went into hospital on Saturday night but when we saw the specialist on Sunday he said it wasn’t as bad as they got told.

‘We should be okay in a few weeks hopefully.’

While Haley and Stander should return to light training this week, while De Allende and Snyman face a spell on the sidelines before joining up with Springboks.

The Lions begin their tour of South Africa on July 3, ending it with three Tests against the Springboks across Cape Town and Johannesburg. 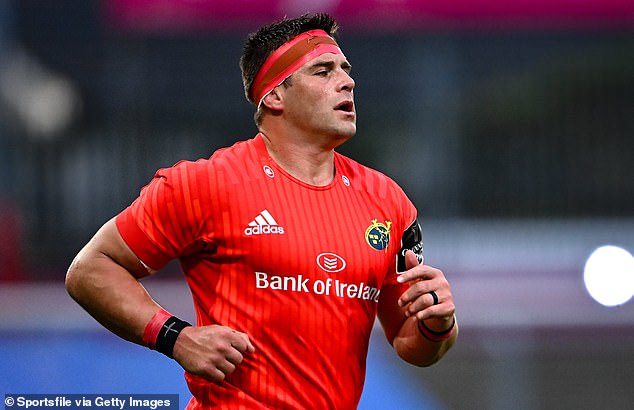 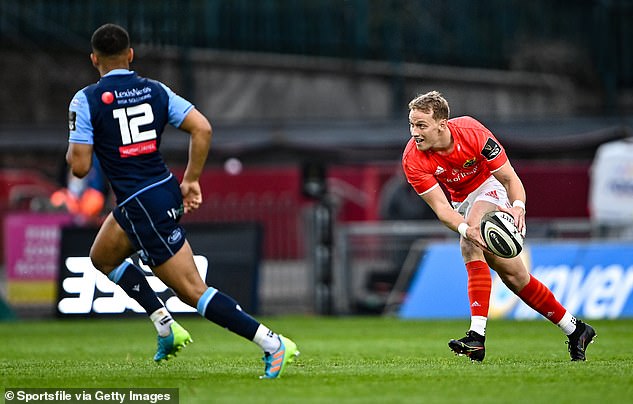 Munster head coach Johann van Graan said: ‘We are hugely relieved that the lads are all OK.

‘The players have all been treated and are being well looked after with Damian and RG meeting the specialist again later this week to review next steps of their recovery.’

‘It is expected that Haley and Stander, who sustained burns to their hands, may return to training this week with availability for Friday night’s game reviewed as the week progresses.

‘De Allende and Snyman, who sustained more substantial burns to legs, hands and face, will not take part in their respective training and rehabilitation programmes and will meet a specialist again later in the week.

‘On Saturday, the pair were named in Jacques Nienaber’s Springbok squad for the upcoming Lions series and are expected to link up with the squad on completion of their provincial programmes.’

Munster next face Zebre in the Rainbow Cup on Friday,

Meanwhile. on Saturday, De Allende and Snyman were named in South Africa’s 46-man squad for two warm-up matches against Georgia ahead of their opening Test against the Lions.

The first Test of the three-match tour is on July 24 in Cape Town.