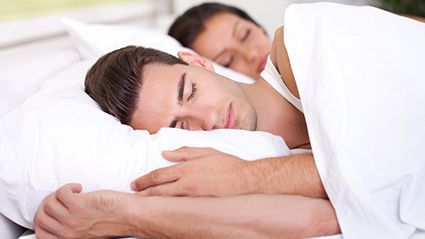 New research gives insight into why people with epilepsy are at increased risk of sudden death during sleep.

The study found that both sleep and epileptic seizures work together to slow heart rate, and that seizures also disrupt the body’s natural regulation of sleep-related changes.

These factors can sometimes lead to sudden unexpected death in epilepsy (SUDEP), which caused the 2019 death of 20-year-old Disney Channel star Cameron Boyce.

SUDEP can occur when patients are awake, but the majority of cases occur during sleep.

“We have been trying to better understand the cardiac changes around the time of a seizure in patients with epilepsy. When we looked at the heart rates for patients with epilepsy admitted to the hospital, many of them develop tachycardia [a fast heart rate] following a seizure, but a subset of patients have a decreased heart rate. This decline was more pronounced when the patients were asleep,” said study author Dr. Andrew Schomer, from the University of Virginia’s department of neurology and the Brain Institute, in Charlottesville.

To learn more, Schomer and colleagues monitored the brain and heart activity of 41 people with epilepsy as they slept. On average, the participants had been diagnosed with epilepsy more than 20 years earlier.

During the study, the patients had a total of 101 sleep seizures, some of which caused heart rates to increase. But the deeper the sleep prior to a seizure, the slower the patient’s heart rate was likely to become, the researchers found.

That suggests that seizures during sleep are more likely to lead to dangerously slow heart rate, the study authors said in a university news release.

Seizures do less to slow heart rate than natural slowing that occurs during sleep, but the combination can sometimes prove deadly, according to the report published recently in the journal Epilepsia.

The mechanism of SUDEP “is still not fully understood. We know there is an increased risk during sleep and if seizures are poorly controlled. Hopefully with further study we can try to identify individuals who are at an increased risk and work to prevent this devastating outcome,” Schomer said.

The Epilepsy Foundation has more on SUDEP.


If you have had a seizure, it means you have epilepsy.
See Answer

Could Heavy Marijuana Use Be Driving Rise in Schizophrenia Cases?

After Testing Fell During Pandemic, Is a Surge in STDs Ahead?