‘Don’t remember it being this tight!’: Roy Keane shares snap of old Republic of Ireland youth team shirt in tribute to ‘one of his best team-mates’ Paul McCarthy… but it’s a bit of a squeeze 30 years on!

By Charlotte Daly For Mailonline

Roy Keane has taken to Instagram to share a picture of himself in his old Ireland shirt from 1991.

The Cork man dug out the jersey which he wore 30 years ago during his senior debut at Lansdowne Road in a 1-1 draw with Chile and during his U21 career.

Keane posted the picture on his story with the accompanying caption: ‘Found the shirt. Don’t remember it being this tight.’ 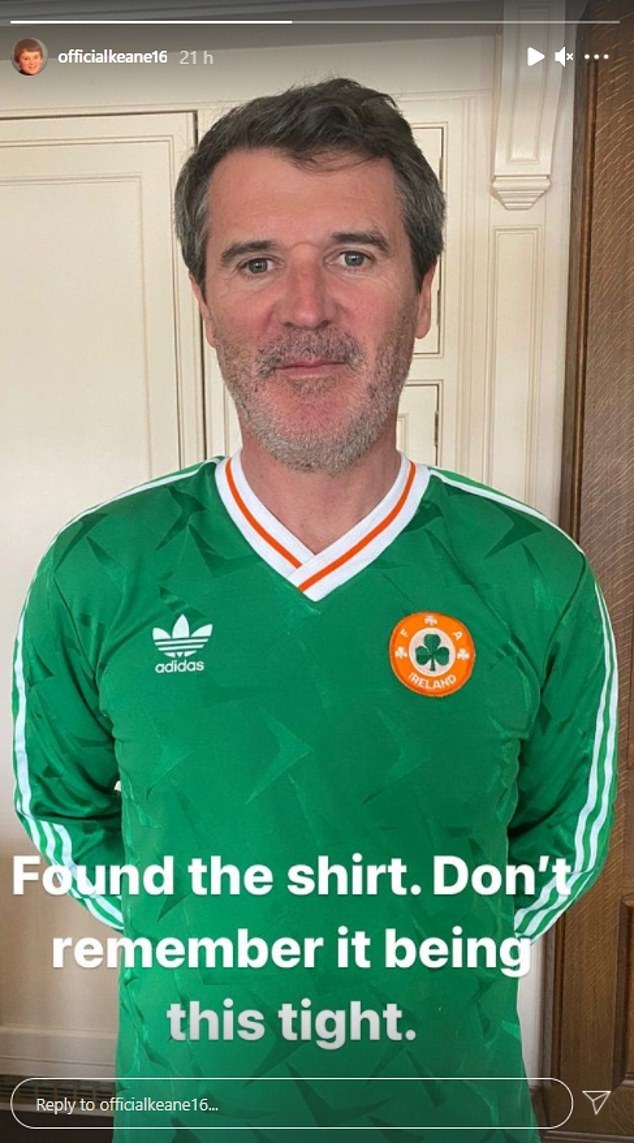 Keane recently shared a picture of himself wearing the same shirt in a heartfelt Instagram post remembering his former team-mate Paul McCarthy.

The picture saw Keane and McCarthy, who died of a suspected heart attack in 2017, standing side-by-side before an Ireland U21 game.

Keane referred to McCarthy as ‘one of the best’ team-mates he ever had in his caption.

Keane wrote: ‘Me and Paul McCarthy who I played with at Rockmount, Cork and with Ireland. I’ve had some great team-mates. You were one of the best.’ 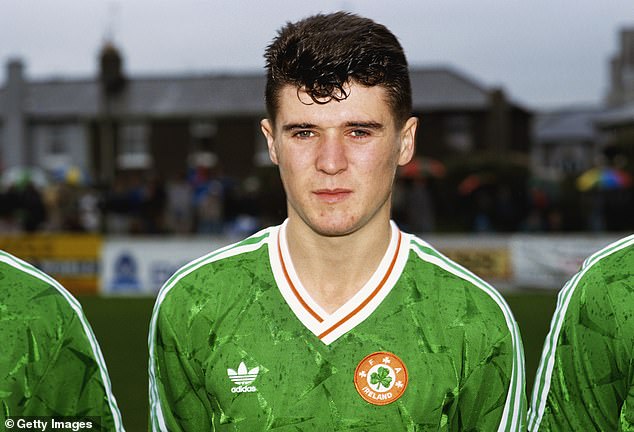 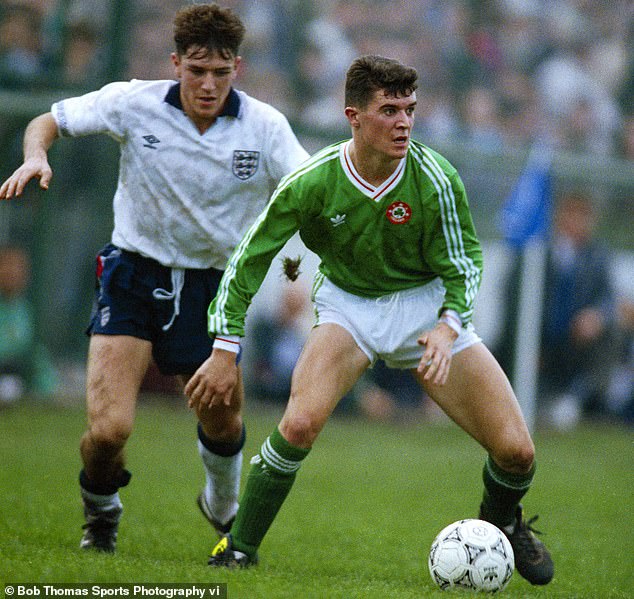 McCarthy made a 10 appearances on the International stage for the Ireland U21 side between 1989-94.

While domestically he featured 570 times in England, with notable spells playing for Brighton & Hove Albion and Wycombe Wanderers.

McCarthy was even a member of the 2001 Wycombe that reached the FA Cup semi-finals.

At the time of the defender’s death, several of his former clubs shared their tributes.

‘Paul arrived at Albion as a trainee in July 1988 from his local side Rockmount.

‘He signed a full professional contract with the Seagulls in April 1989, making his first-team debut against Bradford City in March 1990, where he created the winning goal in a 2-1 victory.

‘The defender represented his country at youth team level up to the under-21s where he was appointed captain in November 1992.

‘He was named the Republic of Ireland Under-21 Player of the Year in November 1993.

‘He took over the captaincy from Steve Foster in the 1995-96 season as Albion battled in vain to avoid relegation into the old Division Three.

‘The Irishman left the south coast at the end of that season for Wycombe Wanderers and was part of the Chairboys squad that reached the FA Cup semi-finals in 2001.