By Derek Lawrenson for the Daily Mail

As he prepares to sit out another edition of the Masters, former world number one Luke Donald admits that retirement has crossed his mind.

Despite being younger than two fellow Englishmen considered contenders for the green jacket this week – Paul Casey and Lee Westwood – the 43 year old never came close to meeting the invitation criteria.

Donald, who sat proudly at the summit for more than a year in 2011-12, is now ranked outside the world’s top 500 and currently mired in the worst slump of his career. 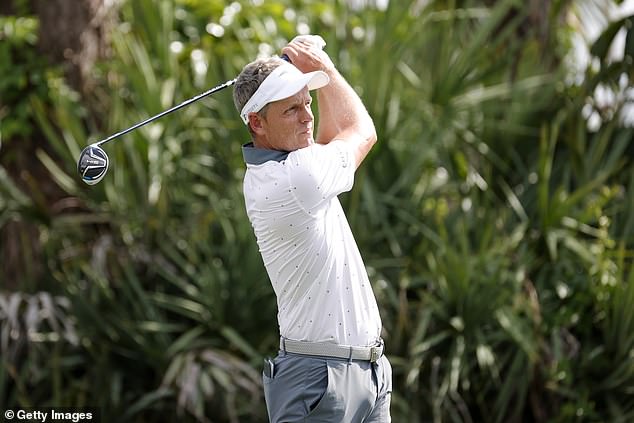 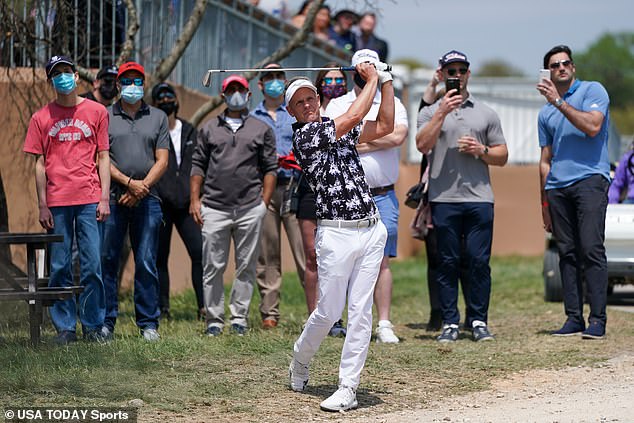 His last chance of making it to Augusta was by winning the Valero Texas Open last week. If truth be told, he would have been happy simply to have made the halfway cut.

As it was, he shot rounds of 77-74 to comfortably miss out once more. The man who used to be a byword for consistency with his graceful swing and the best putting stroke in the game has now missed no fewer than nine cuts in a row.

After a double bogey at the 18th on Thursday, Donald was asked by a friend if he was ready to pack it in.

‘I was caught off guard a little, to be honest,’ he admitted, in a heartfelt Instagram post. ‘Sure it’s crossed my mind in moments when I’m down on myself – who wouldn’t get frustrated when you’re working hard and not seeing the results.’ 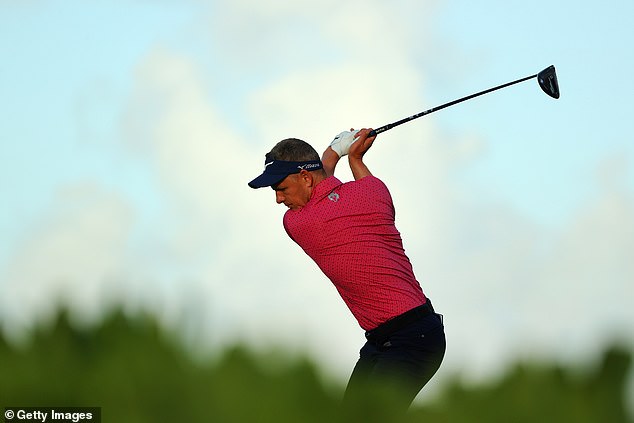 Despite missing out on another edition of the Masters, Donald is going to keep pushing

Happily for his many admirers, Donald is going battle on. ‘Most of the time, I’m encouraged with my game and it doesn’t feel that far away,’ he said. ‘The difference between success and failure is minimal at the level I play.’

Meanwhile, at the women’s first major of the season in California, English duo Charley Hull and Georgia Hall were both well placed at halfway in the ANA Inspiration. Hull was tied fourth, three shots behind the leader, Thai rookie Patty Tavatanakit, with former British Open champion Hall a further shot adrift.