By Charlotte Daly For Mailonline

Charlton Athletic have confirmed the appointment of Nigel Adkins as the club’s new manager.

Adkins has signed a two-and-half-year contract with the Addicks and will take charge his first training session on Thursday morning. 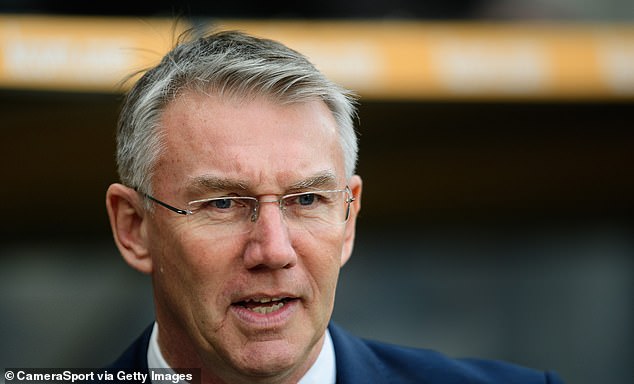 Charlton owner Thomas Sandgaard believes Adkins is the ‘perfect’ manager to get the club ‘where it wants to be’.

Having taken over the club in September, Sandgaard expressed his excitement about his first managerial appointment.

He said: ‘I believe Nigel is the perfect personality, with the perfect background and the perfect experience to get us to where we want to be. Both Nigel and I want us to playing football in the Premier League and I can’t wait to see us there.’

While Adkins said’It’s a really exciting opportunity for me – something that has happened very quickly. I’m really pleased to be here and am looking forward to meeting the players and getting started.

‘I had a conversation with Thomas and he highlighted where he wants this club to go. It’s an exciting and long-term vision. Getting to the Premier League is something that we all want and something that I have done before. I want to achieve that again.

‘The team got a great result on Tuesday night and now we need to keep driving on together, because we have got a chance of winning promotion this season.’