George Ford has a prime opportunity to make a statement about his Lions credentials when he goes head-to-head with a leading rival for one of the coveted No 10 places on Saturday.

The England fly-half lines up opposite Johnny Sexton in Dublin knowing that if he can eclipse the Ireland captain in the Six Nations finale, it will encourage Warren Gatland to pick him for what is expected to be a home ‘tour’ this summer, culminating in a Test series against South Africa.

Ford is arguably the form player in his position among the contenders from the home nations, but his lack of previous Lions experience means he ideally needs this audition to go well. 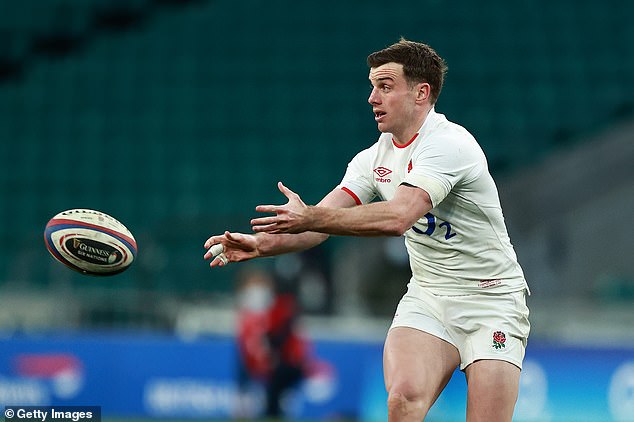 There has been criticism of Sexton within Irish rugby circles of late and the veteran will be 36 by the end of this season, while Ford has only just turned 28 but already has vast international pedigree.

Sexton has also endured worrying head injuries in recent years to raise doubts about his physical resilience for a brutal campaign against the Springboks, but he was selected by Gatland and had a positive influence during the last two tours, to Australia in 2013 and New Zealand in 2017.

Asked how he regards his Lions prospects after a more encouraging display last Sunday as Ireland edged past Scotland, Sexton said: ‘I don’t know how I’m feeling but the England game will be a big part in the decision-making process.’

In England’s camp, there is admiration for Ford as a player who dictates attacks and is also a strategic mastermind.

Wing Jonny May said: ‘George understands the game as well as any coach. He gets it. He has rugby balls floating around in his DNA. He comes from a rugby family and is a natural ball player. He’s making us tick at the moment. If Ford can eclipse Sexton, it will encourage Warren Gatland to pick him for the Lions tour

‘Him and Owen Farrell work so well together. They are both northern rugby league players. They are naturally better decision-makers at the line. They are on the same page. So when those two are linking up well it is great to be a part of.’

This established alliance with Farrell may work in Ford’s favour when it comes to the tussle for Lions squad places.

The England captain is sure to be included, but is likely to be officially designated a centre, to allow space for two out-and-out fly-halves.

Ford is competing with Sexton and others for a prized place, but his innate understanding with Farrell may persuade Gatland that his inclusion would aid creative cohesion.

Former England fly-half Toby Flood told Sportsmail: ‘Owen is 100 per cent going after that game against France, when he was back to his best.

‘I think Sexton will go, too. People were saying his powers are waning but that performance against Scotland, his leadership and the fact that he’s been there and done it will count in his favour.

‘So if you’re picking two out-and-out 10s, do you go with the relationship that George has with Owen, so you take George and Sexton, or do you back the maverick and go with Sexton and Finn Russell? If you have Farrell and Ford in the squad, you have two voices who are very much aligned, in training and in matches. 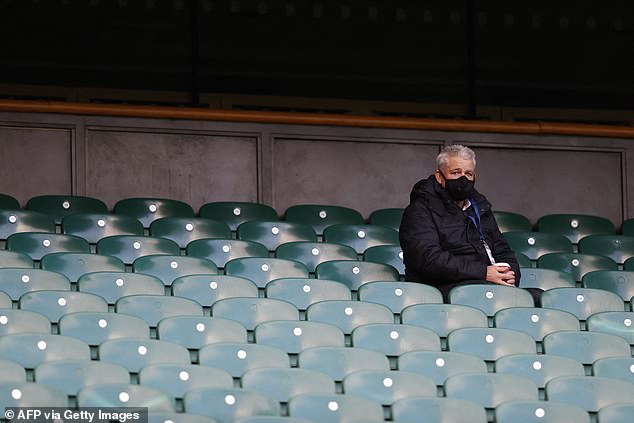 ‘George has all the quality to go on a Lions tour. He’s not gone on one of those trips before but look at how he played in that World Cup semi-final against New Zealand. He took over kicking duties from Farrell and did extremely well — dealing with that pressure.

‘His skills mean Ford should be right in the frame. It just depends how pragmatic or fluid the Lions want to be.

‘It is a difficult one, but I think they will go with Farrell as a centre, Sexton as a 10 and one other. I’m leaning towards Ford, but it’s tight.’ James Hook, the ex-Wales and Lions playmaker, agrees that Gatland will opt for experienced No 10s — ruling out a bolter such as uncapped Harlequins prodigy Marcus Smith. But he is also mindful of the head coach’s likely desire for physicality to combat the Boks.

‘There are probably five 10s in contention: Owen Farrell, Dan Biggar, Johnny Sexton, Finn Russell and George Ford,’ he said. ‘The romantics like myself might like to see Finn Russell, but I can’t see him starting in a Gatland side in a Test.

‘Sexton was very good against Scotland and he ticks the boxes as far as Gatland is concerned.

‘I’d expect Sexton to go and Farrell is almost nailed-on, but I think he’s a better 12 than a 10. Then you’ve got to take Russell. He probably wouldn’t start in Tests, but he could be an option off the bench.

‘I love George Ford as an attacking player and England’s attack is better when he is at 10, but when you look at it defensively, against South Africa he’s probably not going to be Gatland’s first choice.’

A social media poll on Wednesday about who should start at 10 for the Lions highlighted how the debate polarises opinion. Most regard Farrell as a centre, with some saying Sexton should be alongside him and others demanding Ford or Russell.

Ford is playing well enough to be considered and this weekend he can deliver emphatic proof that he deserves to be regarded as a Lion-in-waiting.