By Richard Gibson for the Daily Mail

Jofra Archer is on course to make the start of the Twenty20 series in India on Friday after coming through consecutive days of England practice.

Archer, 25, has been troubled by an elbow niggle throughout the current tour of India and the ECB announced he had not been considered for the final Test in Ahmedabad last week because of the injury.

Privately, the Sussex fast bowler says the issue is unrelated to the stress fracture he suffered 14 months ago in South Africa as the discomfort he has experienced is in a different part of his elbow. 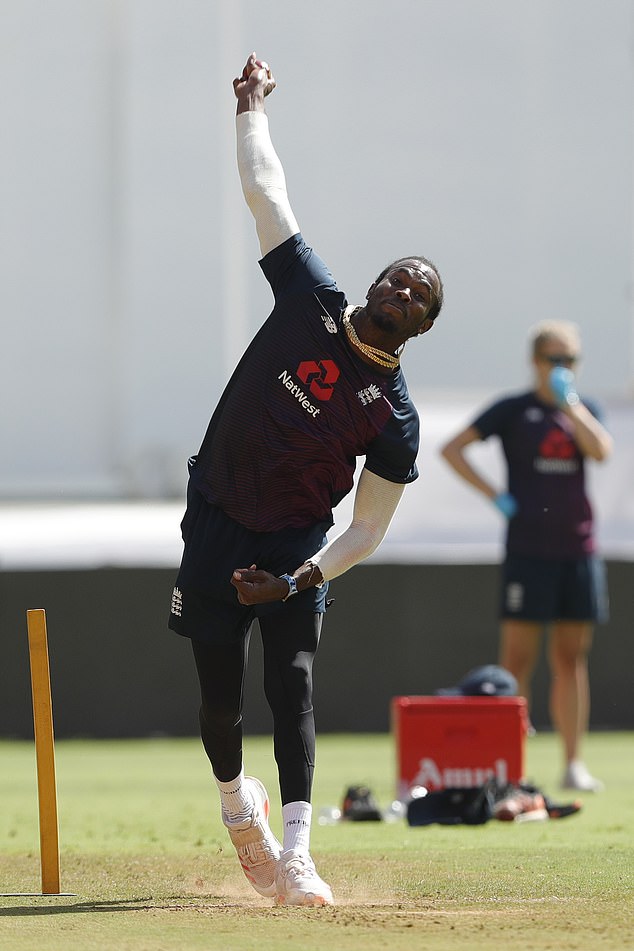 He bowled in the nets both on Sunday and on Monday and, although the medical team are continuing to monitor him carefully such is the importance of the only frontline bowler to play regularly for England across all three formats, the intention is to select the best XI throughout the T20s.

In contrast to the comings and goings of personnel during the Test series, the tourists will be at full strength for the upcoming five-match campaign as they enter a two-and-a-half-year period comprising three World Cups.

Eoin Morgan’s team will attempt to unite the global limited-overs titles at the Twenty20 World Cup back on the subcontinent this coming autumn, the delayed 2020 version is to be replayed in October 2022 and the defence of the 50-over trophy, which Archer played such a big part in winning, follows 12 months later. 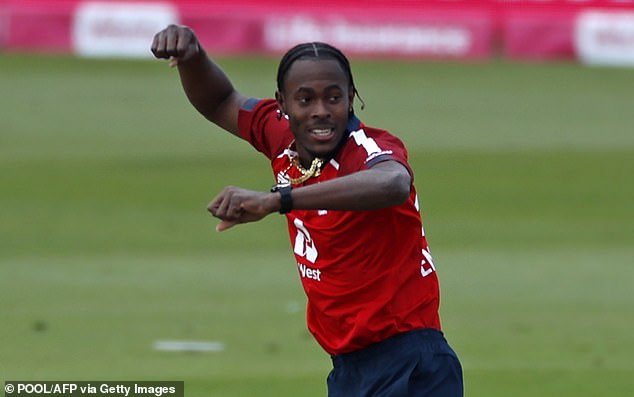