Turns out, the hotword detection failure on Wear OS isn’t the only problem that remains unsolved by Google after many months. The Nest Mini, which was launched in October 2019, has been facing a couple of issues since at least December 2019. Much to the dismay of frustrated users, these problems have yet to be sufficiently addressed.

The first one involves the Nest Mini constantly disconnecting from WiFi networks, which is a real disappointment for a device that’s of no use whatsoever without an active connection. A Google support thread, which has over 1800 upvotes and replies, suggests that this isn’t due to router or connectivity issues.

This problem has persisted even after several users have changed/upgraded their WiFi routers, relocated their Minis, and even rebooted/factory reset them. For what it’s worth, this has been acknowledged by a community specialist, but there’s no fix in sight. 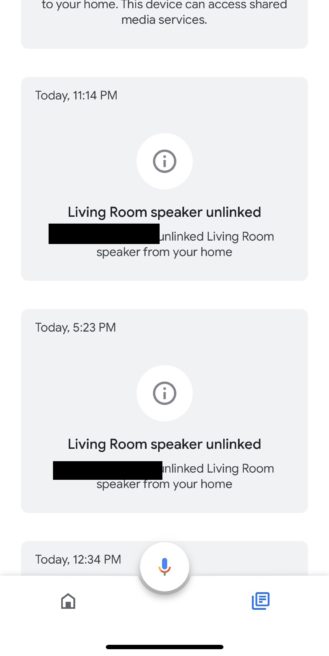 The second issue is worse in that the Nest Minis constantly unlink themselves from the Google Home app, requiring users to go through the setup process repeatedly. Our very own Karandeep has been at the receiving end of this. For a device that’s supposed to deliver hands-free convenience, subjecting users to a perpetual hands-on setup process is like the worst kind of Groundhog Day. Like the previous issue, this has also been acknowledged but there’s no word on when the matter will be resolved.

Though not all Nest Minis have been affected, the sheer number of complaints and posts on support forums and Reddit suggest that these issues are widespread and it’s about time Google did something about them.

Few Alibaba top execs are getting raises this year: Report

How to feel better doing emotional labor at work