By Pete Jenson for the Daily Mail

Ferland Mendy put Real Madrid within touching distance of the quarter-finals with a spectacular winner against 10-man Atalanta.

The Italians had Remo Freuler sent off harshly after just 17 minutes but a depleted Madrid looked like they would never score until the left back stepped forward with a right-footed goal that Cristiano Ronaldo would have been proud of.

On nights like these Real Madrid used to rely on Ronaldo. Without him, and in the midst of an injury crisis that has deprived Zinedine Zidane of up to nine first team players, Mendy took responsibility and scored the away goal that makes Madrid favourites to reach the last eight. 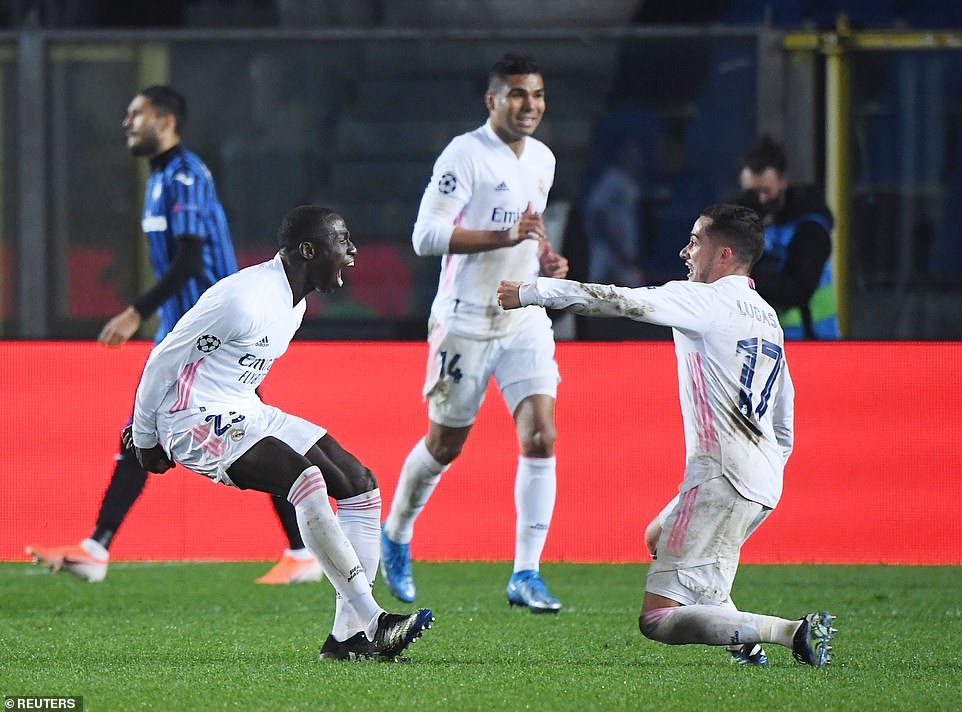 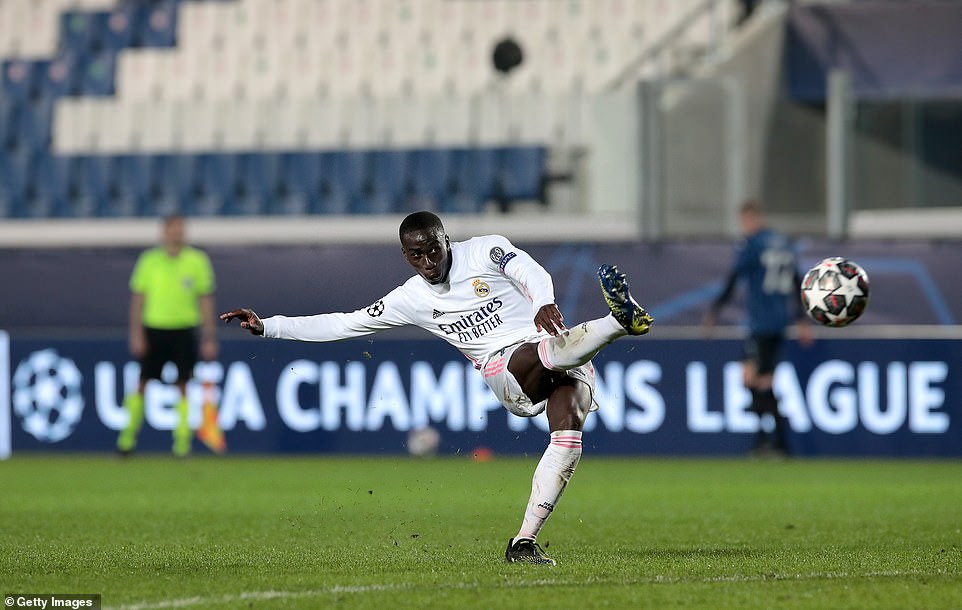 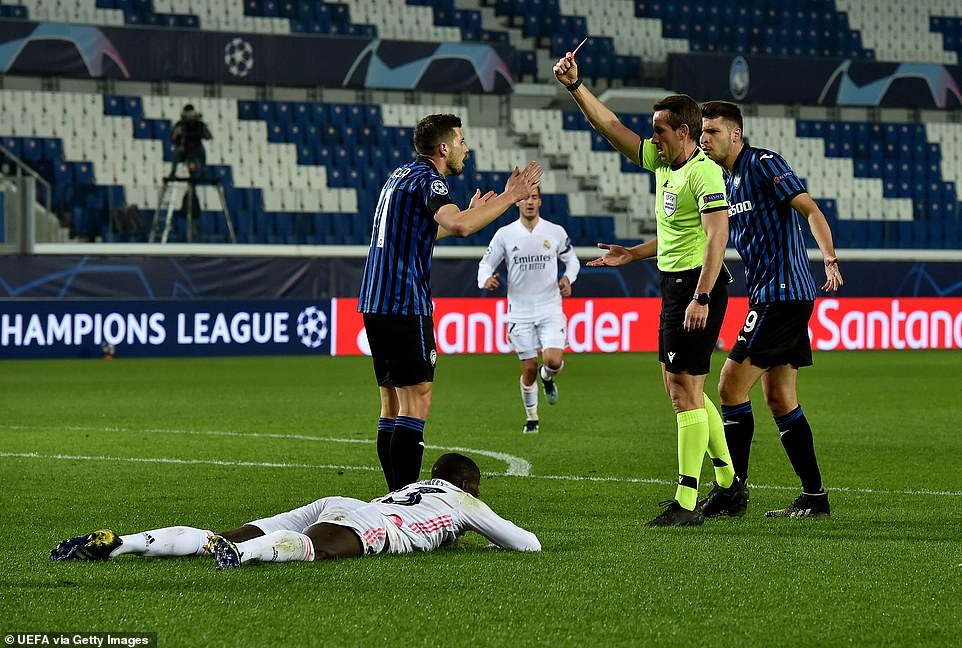 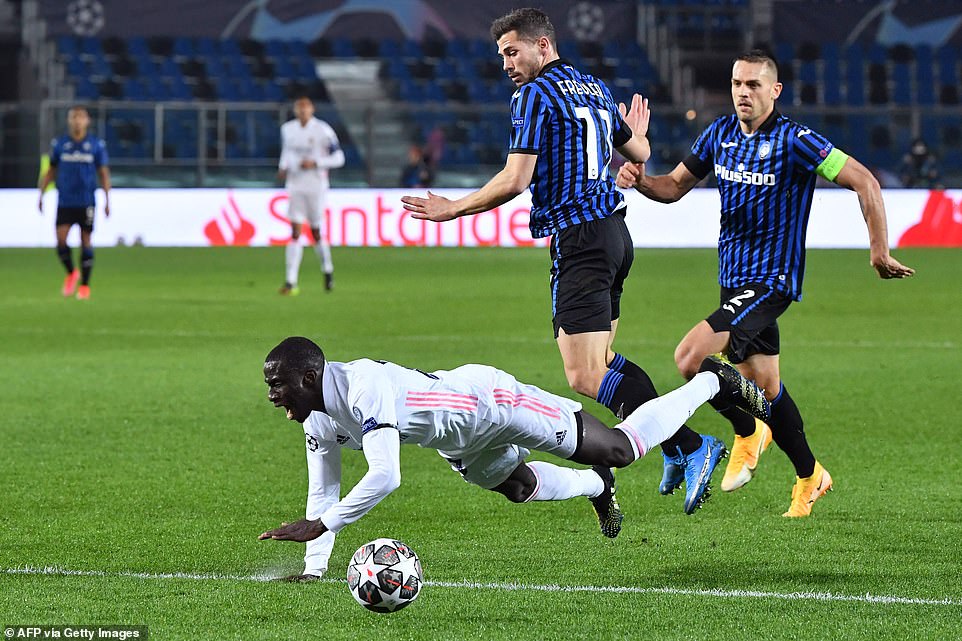 Zidane smiled broadly from the touchline as the shot curled in low past Pierluigi Gollini. It was the coach who gambled on the signing of his compatriot in the summer.

Most at Madrid believed Sergio Reguilon should be brought back from his loan spell at Sevilla to become the club’s first choice left back but Zidane had other ideas and Reguilon went to Tottenham and Mendy arrived from Lyon.

The goal on 84 minutes was a long time coming. Freuler was sent off by Tobias Stieler after just 17 minutes for bringing down Mendy. The referee interpreted the foul as having prevented a goal-scoring opportunity. It was harsh in the extreme.

Madrid had been gifted a huge advantage and on a night when they played without a centre-forward and needed all the help they could get.

Casemiro came closest in the first half with a header from a Toni Kroos free-kick just before the break that keeper Gollini saved with his chest.

After the restart it was Vinicius who had the clearest chances to break the deadlock but finishing remains his weakness and when he put over the bar from six yards out Zidane turned to Mariano Diaz who replaced him on 57 minutes.

Atalanta had sat back with 10 men and Madrid had struggled to find a way through and on 76 minutes Isco and Marco Asensio made way for 19-year-old Sergio Arribas and 21-year-old Hugo Duro.

Still the deadlock could not be broken. Kroos tried his luck from distance but failed to hit the target and then Casemiro went down in the box claiming a penalty. The midfielder had gone down easily and when referee Stieler raced towards him it looked like a booking for diving would be shown.

In the end the caution never appeared. It would have been his second. Casemiro had already been booked in the first half and will miss the second leg. Madrid were now hanging balls up in the air towards Diaz but Marten de Roon had marshaled the undermanned defence brillianly and he kept Madrid at bay.

Atalanta were just four minutes from earning what would have been a deserved draw but it was Mendy’s surging run forward that brought about the first half red card, and it would be his piledriver that won the match for Zidane’s team. 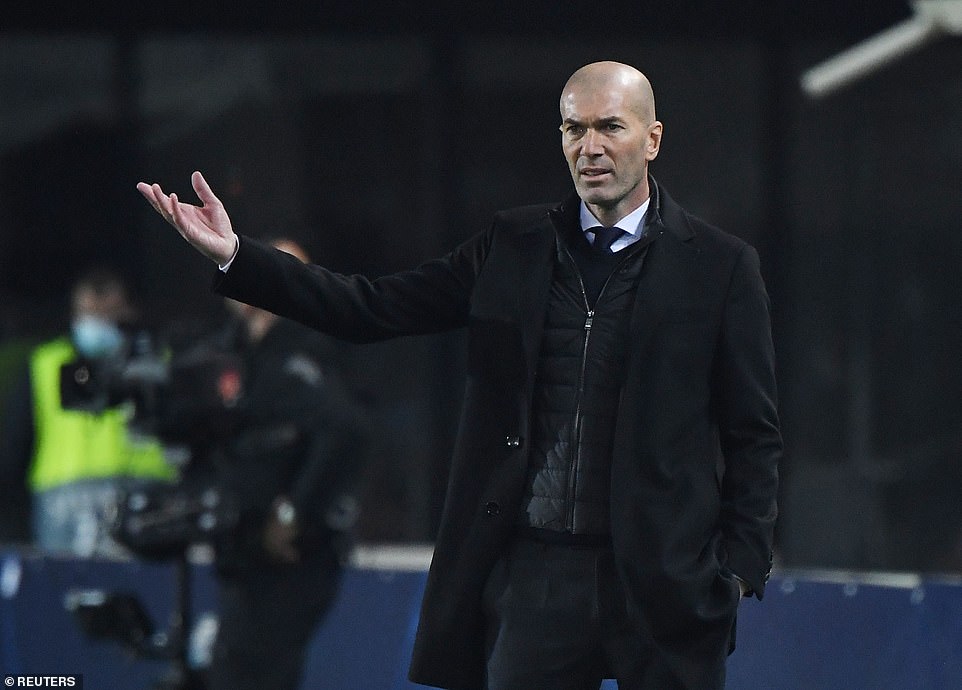 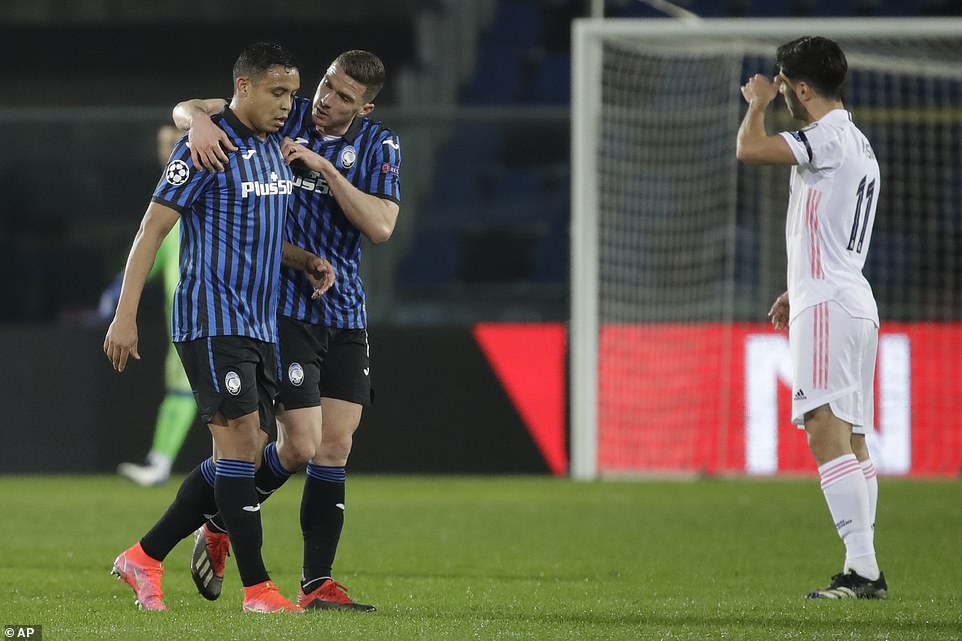 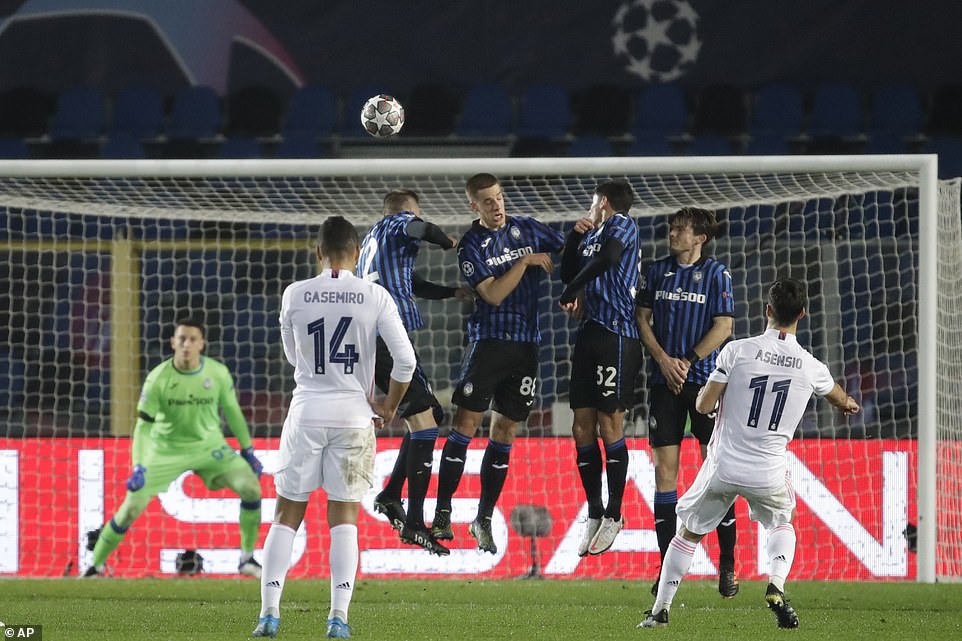 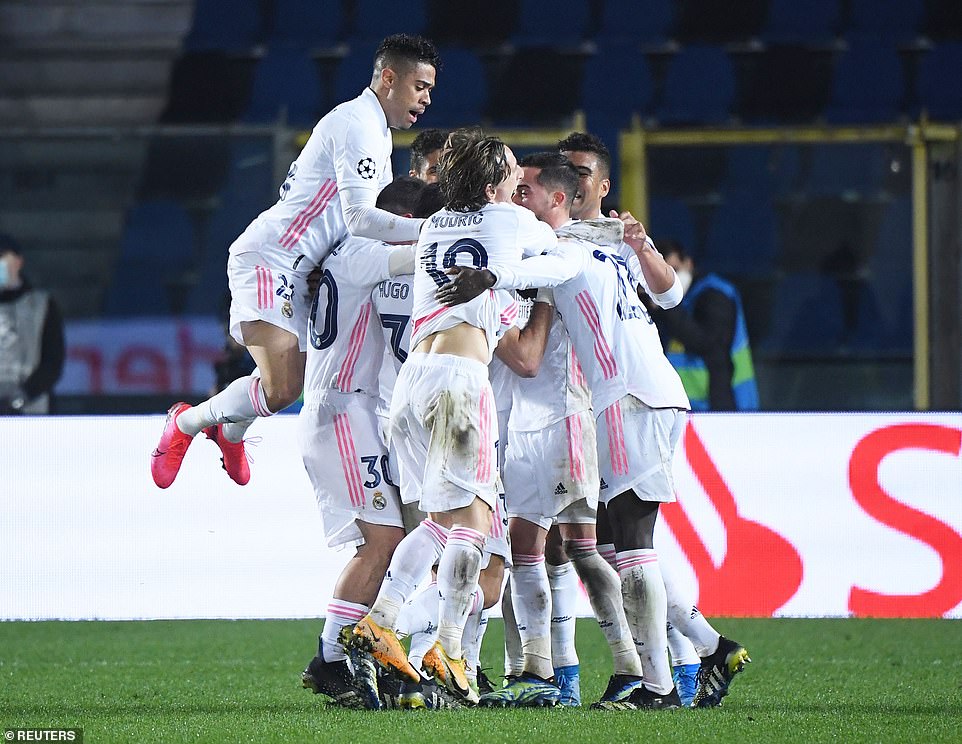 Fortunately for Zindane and Real Madrid, Mendy was on hand to come up with the good when they needed it most