By Kieran Lynch For Mailonline

Manchester City boss Pep Guardiola is not fully satisfied with his team despite taking a big lead in the race for the Premier League trophy.

Guardiola’s side have won their last 12 league matches and hold a ten-point advantage over their local rivals Manchester United, as they look to reclaim the title off Liverpool who sit 16 behind.

City travel to the Emirates on Sunday with a 24-match unbeaten run since they lost to Tottenham on November 21. 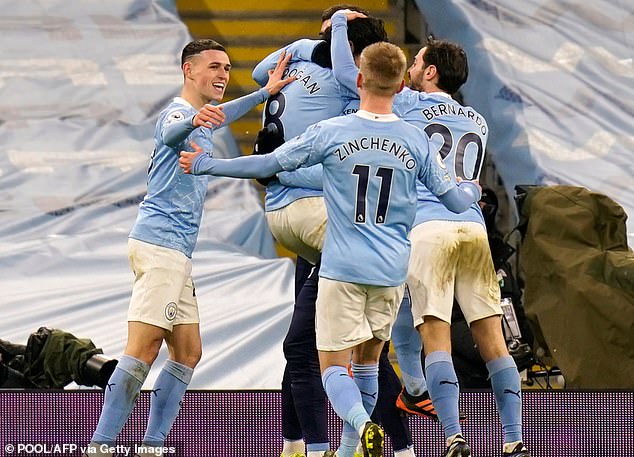 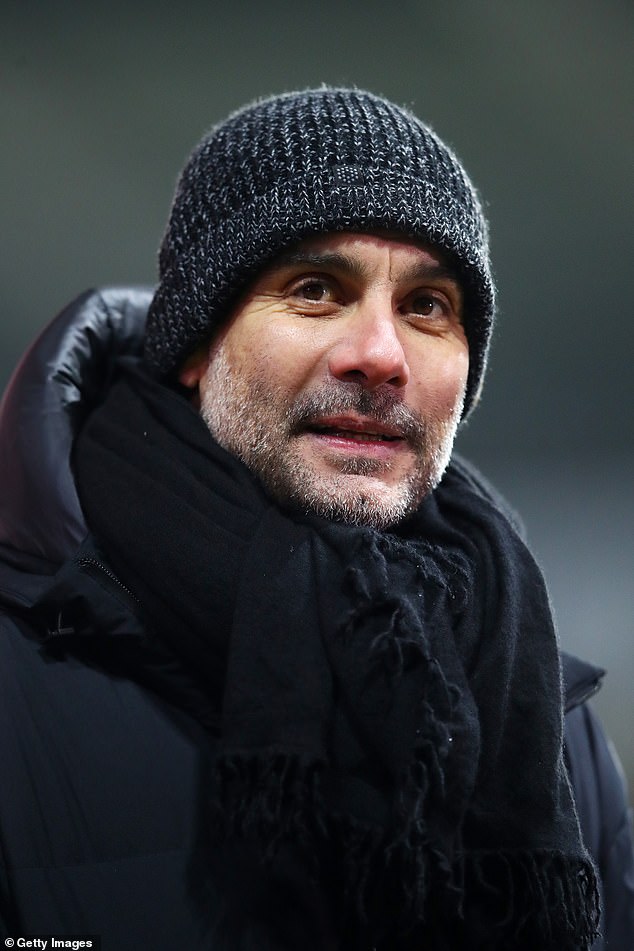 Ahead of the game against Arsenal, Guardiola has told Sky Sports that his side can be beaten.

‘To play every game, just to get another good performance and three more points and victories, that helps us to get confidence and believe we can do it again and again.

‘I don’t feel satisfied, not fully accomplished. To say it’s enough. I still feel we have a margin to improve. And do it again. And this is the most difficult thing.’

‘I will not deny that is a good run, good distance, but I cannot deny also, higher, bigger, stronger, that there is 42 (points) to play for, and when there is 42 to play, with ten in front – that is not much.

Guardiola goes against his old assistant-manager in City’s clash against Arsenal. 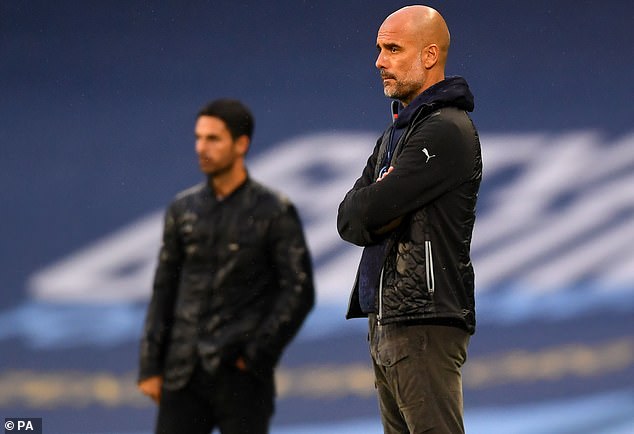 In his pre-match press conference he said Arteta’s side were better than the 10th place position they currently occupy in the standings.

He said: ‘Over the last month or two they’ve played better than the opponent in every game,’ Guardiola said. ‘As a manager you want the results you deserve, sometimes it doesn’t happen.

‘But in the games they are always better, controlling, creating chances and conceding few. We’ll need to play as good as possible with the ball and run a lot. They have exceptional build up, the quality and energy.’

City welcomed back Kevin De Bruyne for the victory at Everton in midweek, while they will make late checks on top goalscorer Ilkay Gundogan’s groin injury before the game.